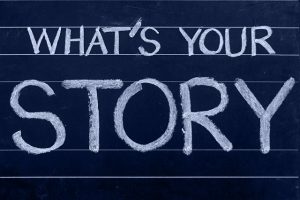 I want to take this opportunity to introduce myself. That sounds like a rather silly thing to do, seeing as I’ve been the pastor at Lansdowne UMC for over a year and a half, doesn’t it?  Still, as I recently passed a significant milestone in my journey toward ordination as an Elder in the United Methodist Church, I’ve had lots of opportunities lately to tell my story. I found myself thinking many times, “I haven’t really even told my congregation this story before”– so here I am trying to fix that! There are so many ways to tell our stories. Let me tell you the version that’s the most relevant to us as a church: how I became a pastor.

I grew up in the United Methodist Church and was drawn into the mystery of God at an early age. In high school, I became particularly convicted of my sins– can I get an “amen”?– and by the grace of God, I put my faith in Jesus Christ to forgive my sins. From that point on, I strived to walk with God. Through college, I developed disciplines of daily scripture reading, praying, and journaling. I participated in the United Methodist Campus Ministry (Wesley Foundation) at the University of Maryland, which gave me the opportunity to preach my first sermon (I think it was on April 3, 2005). That’s when people started saying it: “You’re going to be a pastor!” Imagine yourself in my shoes hearing those words. How would those words make you feel? That’s probably pretty close to how I felt at the time. I didn’t want anything to do with being a pastor! I thought, ‘Yes, I love God, but isn’t that just what we’re supposed to do as Christians?’ Friends had fun asking me when I was going to go to seminary. But it wasn’t just friends, it was pastors who were saying I was called. “No thank you!” I said. I continued on the engineering path and would go on to work full time as a Computer Engineer for nearly a decade.

That nudge from God that I felt in the months after that first sermon never really left me. Soon after college, I felt as if my spiritual growth was stagnating. I began to pray for a mentor. Within a few months, a retired pastor came to the church we were attending and took me under his wing. We began to meet weekly– a practice which we have continued for nearly 10 years now. He taught me how to listen for God’s voice. How to read my bible not just for information, but for transformation. He taught me about historic Methodism. We soon formed what is called a “band meeting” together with two other young men. We met to confess our sins to one another and pray for one another so that we could be healed (see James 5:16). This, more than any other single practice, helped form me as a Christian, and helped me to discern the nature of God’s call on my life.

In 2007, I began to travel to the Dominican Republic. There I met some of the happiest, holiest people I had ever encountered in my life. They were also the poorest. It doesn’t take too much interaction with folks like that to make you take a hard look at yourself and your own faith. Mission work in the Dominican Republic also began to reveal to me more of my natural gifts for pastoral ministry. The thought of becoming a pastor began to seem less bad. At the same time, there were always lots of reasons not to do it. It was never the right time. Even when I came to a point of recognizing that I was called, I was very reluctant to pursue it. I was afraid of what it would mean for my family and for my ability to be a good husband and father.

In this season of life I learned an important spiritual principle: There is no true happiness outside of God’s will. Put more positively, living out the will of God for your life brings the deepest fulfillment possible. Don’t get me wrong, by all external signs, my life was wonderful. I had a wonderful wife, a nice place to live, good friends, and a good job. Still, in the back of my mind, I kept asking that question that we ask at the beginning of Alpha: “Is there more to life than this?”

In 2014, I finally ran out of excuses and said “yes” to God in my mind. I quit my job as a computer engineer for the government and started at Wesley Theological Seminary in Washington, DC. This is where I have to be light on details– they’re simply too precious to me to share broadly (although if we have a meal together, I’d love to tell you about it!). What I will say is that through my seminary studies, and in particular, through my study of John Wesley, I encountered God’s Holy Spirit in a more profound way that I had thought possible. God radically changed my heart. As it related to pastoral ministry, I stopped pursuing my call out of mere obedience (“it seems like the right thing to do”) and began pursing it out of a deep love and desire that more people would come to know and experience the love of God for themselves. Once my heart was really saying “yes” to God, God worked out the details to make it happen.

And that’s my story so far. Can you see how faithful God was through it? God didn’t give up on me, but God continued (and continues!) to pursue me every moment of my life. (You know that God is patient with you too, don’t you? ). I would have told my story differently only a few years ago, and hopefully I’ll tell it differently in a few years. What God is teaching me is that we never get to the end of God. There is always more. There is more for you. There is more for me. I have not arrived, but I thank God I’ve come so far. I thank God I’ve come to know the profound joy it is to be a pastor– your pastor.

What about you? What’s your story? How has having God in your life changed the way you tell your story? Send me a message or leave a comment below.

Previous
Dirty Glory: "Book of the Year"
Next
2017 Year in Review

Today A Meal for the Community
Today Choir Rehearsal